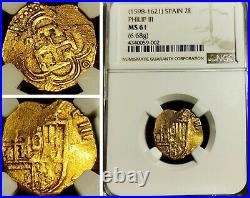 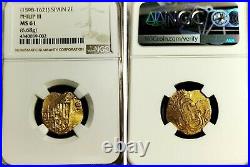 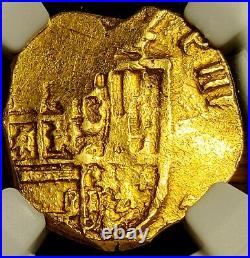 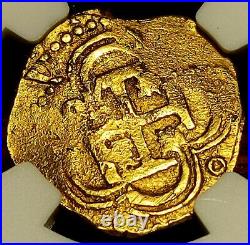 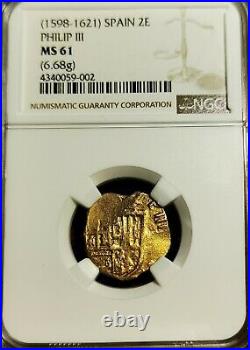 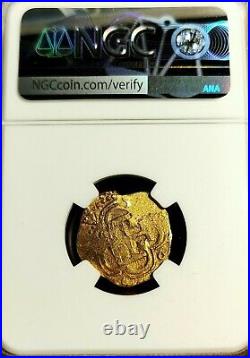 With a weight of 6.68g. Date is not visible, but the assayer mark of B dates this coin between 1600 and 1610, and is much harder and less available than the assayer V 2 escudos! Royal Mint of Spain (Real Casa de la Moneda), Madrid, Spain (1591-date). Philip III was the King of Spain and King of Portugal and the Algarves, where he ruled as Philip II of Portugal from 1598 until his death. Philip III married Margaret of Austria, sister of Emperor Ferdinand II member of the House of Habsburg. Born in Madrid, the son of Philip II of Spain and his fourth wife (and niece) Anna, he shared the viewpoints and beliefs of his father, including his piety, but did not inherit his industry. The diligent old king hand sorrowfully confessed that God had not given him a son capable of governing his vast dominions, and that he has foreseen that Philip III would be led by his servants. Unlike his father, Philip III was not interested in the day-to-day business of government. He spent many months each year traveling to different palaces with his court, away from the government centre. His household costs rose enormously at a time of falling income. He died in Madrid in 1621. The story told in the memoirs of the French ambassador Bassompierre, that he was killed in the heat of a brasero (a pan of hot charcoal), because the proper official to take it away was not at hand, is a humorous exaggeration of the formal etiquette of the court. Obverse: Cross potent within polylobe, without inward-facing lis-symbols. Four annulets in outer fields and traces of legend around. Mint letter (S) above assayer initial (B) in left field.

For your consideration a rare Spanish gold 2 escudos cob coin, struck at the Seville mint under Philip III of Spain. A beautiful 100% authentic gold 2 escudos cob coin from the Atocha Era graded in a NGC MS 61 Graded Slab Holder which is one of 3 in this grade with NONE FINER! Philip III (Spanish: Felipe III; April 14, 1578 March 31, 1621) was the King of Spain and King of Portugal and the Algarves, where he ruled as Philip II of Portugal (Portuguese: Filipe II), from 1598 until his death.

His chief minister was the Duke of Lerma. Philip III married Margaret of Austria, sister of Emperor Ferdinand II, and like her husband, a member of the House of Habsburg. The item "1598-1621 Spain 2 Escudos Gold King Philip III Seville Mint NGC MS 61" is in sale since Saturday, November 21, 2020. This item is in the category "Coins & Paper Money\Coins\ World\Europe\Spain". The seller is "coinzio729" and is located in Lehi, Utah.