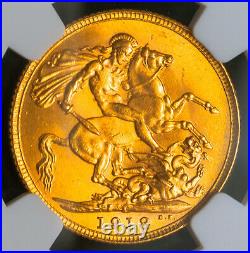 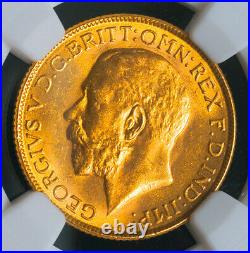 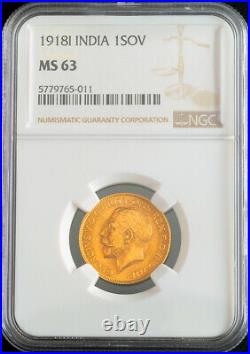 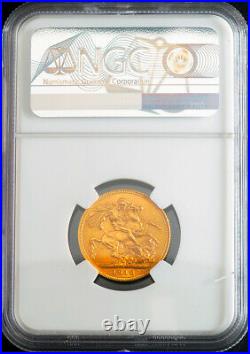 G BRITT: OMN: REX F. George, wearing Attic helmet, right on horse, holding sword in preparation to dispatch prostrate and wounded Dragon below. Mint initial (I) on ground. (May 29, 1783 - September 16, 1855) was a talented engraver of gemstones, cameos, coins and medals. Born in Italy, he moved to London in 1815 and was employed at the Royal Mint as an engraver, where his most famous work is his portrayal of St. George & the Dragon used on British gold sovereigns and crowns first created during the Great Recoinage of 1816. He also engraved the dies for many other coins, medals, and medallions, including the Waterloo Medal, which took him over thirty years to complete.

He refused to copy the work of any other artist or engraver, and insisted that all his work was his own original work. Because of his Italian origin, he was not officially recognised as the chief engraver at the Royal Mint, and there were rivalries with other engravers including the Wyon family. George V (George Frederick Ernest Albert; 3 June 1865 - 20 January 1936) was the first British monarch belonging to the House of Windsor, which he created from the British branch of the German House of Saxe-Coburg and Gotha.

As well as being King of the United Kingdom and the other Commonwealth Realms, George was the Emperor of India and the first King of the Irish Free State. Although they occasionally toured the British Empire, George preferred to stay at home with his stamp collection and lived what later biographers would consider a dull life because of its conventionality. George became King-Emperor in 1910 on the death of his father, King Edward VII. George was the only Emperor of India to be present at his own Delhi Durbar, where he appeared before his Indian subjects crowned with the Imperial Crown of India, created specially for the occasion. During World War I he relinquished all German titles and styles on behalf of his relatives who were British subjects; and changed the name of the royal house from Saxe-Coburg and Gotha to Windsor. During his reign, the Statute of Westminster separated the crown so that George ruled the dominions as separate kingdoms, preparing the way for the future development of the Commonwealth. His reign also witnessed the rise of socialism, fascism, Irish republicanism and the first Labour ministry, all of which radically changed the political spectrum. George was plagued by illness throughout much of his later reign; he was succeeded by his eldest son, Edward, upon his death. The item "1918-I, India (British), George V. NGC MS-63" is in sale since Saturday, May 15, 2021.

This item is in the category "Coins & Paper Money\Coins\ World\Asia\India\British". The seller is "coinworldtv" and is located in Wien. This item can be shipped worldwide.