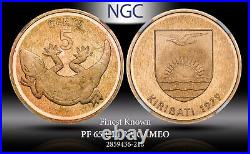 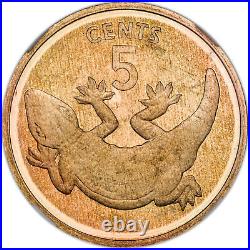 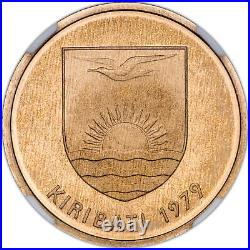 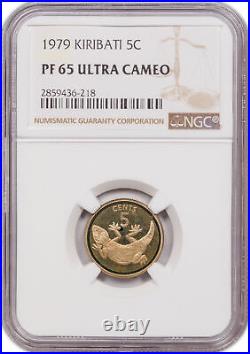 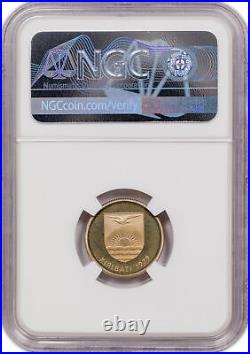 If the world pulls together and works on climate change maybe this can be prevented... But we all know that will not happen. Unfortunately time is short for Kiribati.

Well when things get dire people tend to take care of family first, everything else short of essential supplies will come second if at all. Due to the task of moving an entire nation during an emergency things will get lost including whatever proofs are left making this endangered mintage even smaller.

That means that this already rare coin will become a whole lot scarcer and will be representing a nation that sadly no longer exists. Beyond PF 65 Ultra Cameo. The fact that a PF 65 is the highest grade of this coin speaks volumes about how rare this coin is. Not only is this coin the highest grade but it's also toned in a beautiful peach puff color. This is the best and only graded Kiribati 5 Cent on the market at this time.

This top graded coin is a triple play: highest grade, not just rare: exclusive, and peach puff toned. This item is in the category "Coins & Paper Money\Coins: World\Africa\Other African Coins".

The seller is "louimcgint0" and is located in this country: US. This item can be shipped worldwide.