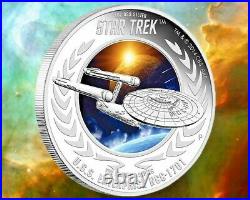 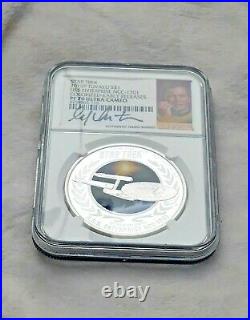 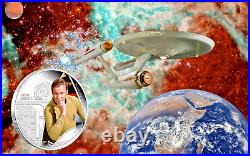 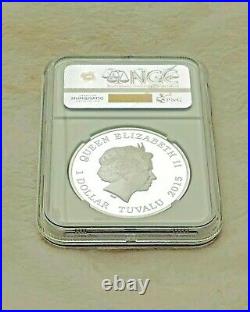 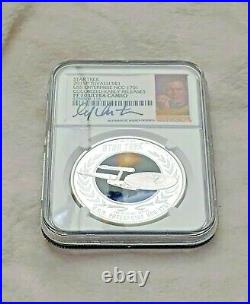 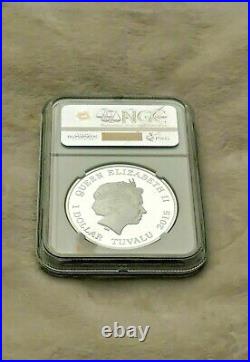 Last Four Pictures Are of An Identical Coin. Only Difference Will Be A Different NGC Certification Number. This Coin Was Sent In For Grading And A Limited Number Of The PF70.

NCC-1701 was one of the United Federation of Planets' most famous space-exploration vessels. The starship achieved lasting fame from the five-year mission she undertook under the command of Captain James T.

Proof Quality 99.9% Pure Silver. Each coin is struck from 1oz of 99.9% pure silver in proof quality. The coin's reverse is representative of the United Federation of Planets' logo and portrays a colour image of the. NCC-1701 flying through space as it appeared in the original Star Trek television series. The design includes the inscription STAR TREK THE ORIGINAL SERIES U.

ENTERPRISE NCC-1701, The Perth Mint's traditional'P' mintmark, and the coin's weight and fineness. Issued as legal tender under the authority of the Government of Tuvalu, the Ian Rank-Broadley effigy of Her Majesty Queen Elizabeth II, the monetary denomination, and the 2015 year-date are shown on the coin's obverse. The Perth Mint will issue no more than 5,000 of the. Star Trek The Original Series. NCC-1701 2015 1oz Silver Proof Coin in individual packaging.